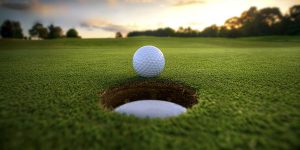 The UK is one of the most sought-after destinations for golfers and spectators. They are hard-pressed to find a more scenic and traditional place to witness some incredible golf. Every year thousands of spectators and prospective players travel to the UK to congregate with some of the world’s finest players. The British Open is one such event which is the pinnacle of the sport and the envy of many amateurs.

The British Open is one of the four major championships for golf professionals. It is a 72-hole tournament played over four days, made up of 156 of the world’s leading players. The leading 70 players play on the final 36 holes. If the event is tied after 72 holes, a four-hole playoff is conducted. If two or more players are tied, the event continues until there is a winner. The event is hosted by The R&A and is played on a links course at one of ten locations in the United Kingdom which are rotated.

There are currently 10 courses included in the rotation including five in Scotland, four in England and one in Northern Ireland. The British Open is the pinnacle of pro golfing for many players and this is demonstrated by the prize money of over 10 million US dollars.

The 156 player field qualifies in numerous ways for the British Open. There are a number of exemptions which allow players to enter the tournaments. The list of exemptions is comprehensive and covers the world leading players as well as local and regional golfers.

The British Open will continue to dazzle spectators and be a source of motivation for amateur and pro players wanting to experience the best that sport has to offer. It is an amazing traditional event with a long history of triumphs, tragedies and controversies making it one of the most talked about, studied and well-loved pro golfing tournaments in the world.