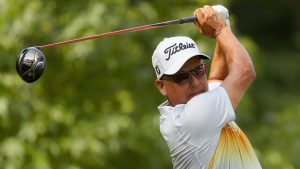 The Professional Golfers Association (PGA) is dedicated to the sport of golf in the UK. It is a central body for professional players and promotes the game to up and coming players. There are a number of PGA Tournaments held in the UK but one of the biggest and most well known is the PGA Professional Championship. The event has undergone many changes throughout its history and is considered a tournament for some of the UK’s best players.

The PGA Professional Championship was first played in 1973 and the championship has been played at Royal Birkdale, Turnberry, Royal St David’s, Carnoustie and Prince’s over the years. The beginning of the tournament was accompanied by great changes in the early 1970’s. Traditional club professionals and new tournament professionals were on vastly different paths. Their goals and approaches to training were in flux. Club pros often trained and worked. They also qualified and participated in competitions. Players like Tony Jacklin and Peter Oosterhuis trained for competition and had fewer work duties.

At the time of the new competition in 1973, both European circuits and the PGA were experiencing growing numbers of spectators and budding players. More money and promotion of competitions explained these changes.

The PGA Professional Championship has a points system which decides the Great Britain & Ireland team for the PGA Cup to travel to America. The event is considered the equivalent of the Ryder Cup. Competing at the PGA Cup in America is for players that are at the top of the sport.

Some of the big name players to win the event include Doug Sewell and three-time winner David Jones. The PGA Professional Championship winners earn entry to the PGA Play-offs.

The PGA Professional Championship includes tournament players that train exclusively for golf. This was not always the case before the 1970’s. Players usually worked as well as competed. The Championship has coincided with important historical golfing changes in Europe and the UK and is truly important sporting event.